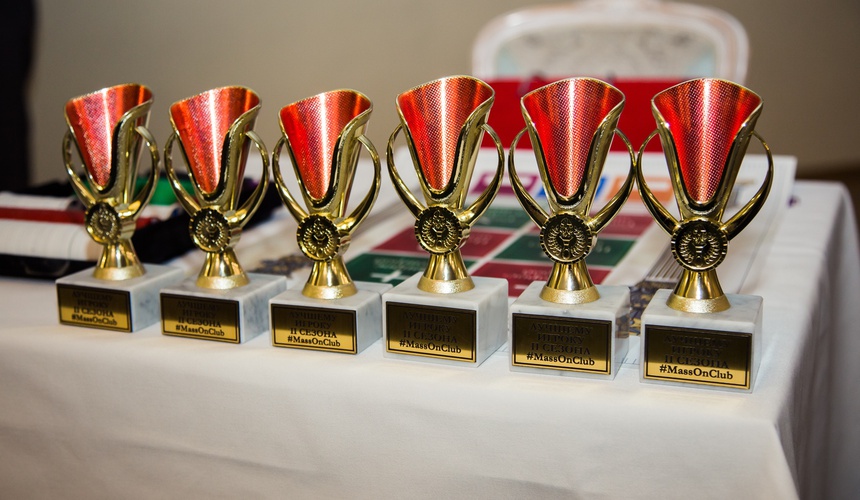 The charity intellectual online-marathon, that was dedicated to children's day, was held on may 31. It was organized by the PR-Agency «Pioneer» and the «Intellectual movement of the Tyumen region». During the marathon have been collected 56,222 of rubles. The money were sent to the Tyumen regional branch of the «Russian children's Fund». They will be used to purchase school supplies for first-graders from poor families in the region.
The marathon continued 5 hours. It included 96 questions, that were asked in the format of the game " What? Where? When?" 72 questions were prepared by the «Intellectual movement of the Tyumen region», and another 24 were played out in a separate block, as they were written by famous Tyumen residents for the games of the charity-club for entrepreneurs #MassOn.
In this game took part 32 teams from Tyumen, Perm, Moscow, Saint-Petersburg and other cities of Russia and about hundred single players. The largest donation from a single user was 3,000 rubles.
"I am glad that people are ready to make the world a little better, and we were able to continue the tradition of charity intellectual games in such an unusual format," — said Oleg Voikin, the host of the game, head of the Intellectual movement of the Tyumen region.
"I guessed a block of questions that was prepared by the intellectual charity #MassOnClub," — Told one of the participants of the tournament, Deputy of the Tyumen regional Duma Elena Kashkarova. - Of course, it is much easier to play in the team, so I am looking forward to the resumption of face-to-face meetings of the club. But I also liked the experience of online games, especially since it allowed the wards of the "Russian children's Fund" to get such a significant amount! Many thanks to the Agency "pioneer" for the fact that they do not stop their work even in spite of the pandemic».
← Championships of collecting Puzzle in 2019
Participation In the project "Strategy of Your Life» →